Fifty years ago, in November of 1961, James Saxon was sworn in as the 21st Comptroller of the Currency, inheriting a regulatory structure that had not evolved significantly since the 1930s. During his tenure, he ushered in an era of profound change for both the OCC and the banking industry. 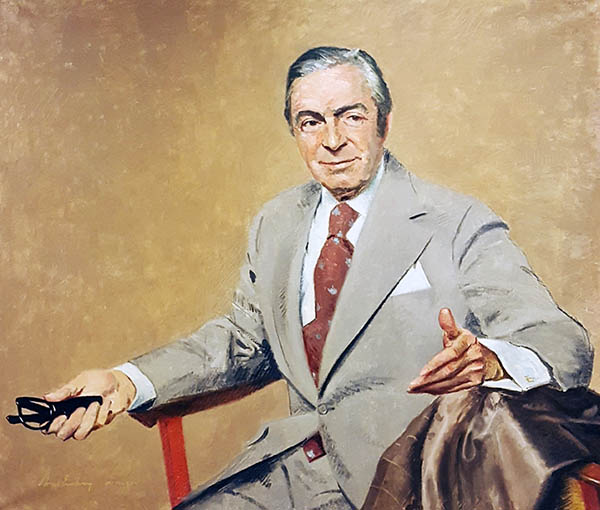 21st Comptroller: James Saxon is best remembered for the profound changes he helped bring to the OCC and the banking industry.

As is the case today, the safety and soundness of the national banking system were primary concerns. But Comptroller Saxon also believed that the OCC's mandate was to encourage expansion and innovation. He had a vision of the future landscape of the financial industry that would be led by national banks.

Comptroller Saxon's first initiative concerned the makeup of the OCC workforce. For the first time, the agency did not look to the banking industry for new hires; instead, it began to employ recent college graduates. By focusing on the need to understand banking laws and regulations in addition to on-the-job training, he reduced the time it took for an assistant national bank examiner to become a national bank examiner from 10 years to three years. He also created an Economics department and vastly expanded the Legal department.

Comptroller Saxon's term also saw an expansion of the OCC's mission. When he took office, the role of the OCC was to maintain a solvent national banking system. After a series of relatively minor national bank failures, however, Congress explicitly charged the OCC with also ensuring that individual banks remained solvent. This new mandate meant that the agency would institute controls on a banks' capital and liquidity.

Comptroller Saxon made several additional decisions that substantially expanded the size of the national banking system as well as the kinds of activities national banks were permitted to engage in. During his tenure, the OCC granted 513 de novo charters between 1962 and 1965. He also broadly interpreted the standards for mergers, denying less than 10 percent of the applications. He liberalized lending limits, increased the ability of national banks to compete for real estate loans, permitted trust departments to offer a full range of fiduciary duties, and broadened banks' investment powers.

Overall, Comptroller Saxon's vision for the industry 50 years ago laid the groundwork for the OCC of today.