5th Comptroller of the Currency 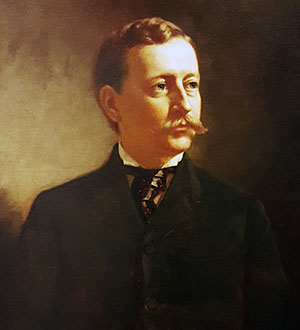 Henry W. Cannon, a Minnesota banker, was named Comptroller by President Arthur. After only a few months in office, he was confronted by the financial panic of 1884. A nationwide crisis was averted because the New York Clearing House Association quickly extended credit to threatened banks. After Grover Cleveland was elected president, Cannon resigned and joined the national bank where former Comptroller Knox served as president. Cannon was later elected president of the Chase National Bank of New York. He became chairman of the board in 1904, and was succeeded as president by A. Barton Hepburn, another former Comptroller of the Currency.