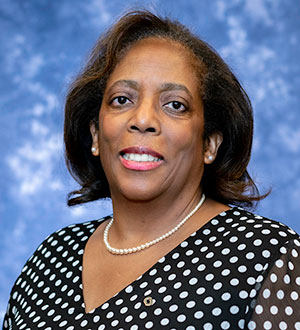 Beverly Cole is the Senior Deputy Comptroller for Midsize and Community Bank Supervision at the Office of the Comptroller of the Currency (OCC).

In this role, Ms. Cole is responsible for supervising nearly 1,100 national banks and federal savings associations, as well as nearly 1,600 OCC employees. She serves as a member of the OCC's Executive Committee and the Committee on Bank Supervision. She assumed this role in July 2022.

Prior to this position, Ms. Cole served as the Deputy Comptroller for the Northeastern District, responsible for the oversight of more than 200 community banks and federal savings associations, 15 independent data service providers, and 6 independent national trust companies. She managed a staff of more than 350 bank examiners and other professional and support personnel located in the Northeastern District Office in New York City and in field offices in Massachusetts, New Jersey, New York, North Carolina, Pennsylvania, Virginia, and Washington, D.C. She also served as the Designated Federal Officer for the OCC’s Minority Depository Institutions Advisory Committee.

A native of Mississippi, Ms. Cole received her bachelor of arts degree in economics with an emphasis in business administration from Tougaloo College.