7th Comptroller of the Currency 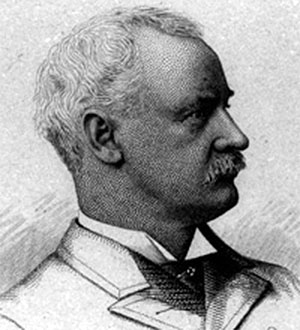 Edward S. Lacey had been a banker for 25 years and served two terms as a congressman from Michigan before being selected as Comptroller by President Benjamin Harrison. His term was marked by the "monetary stringency" of 1890, a crisis caused by a dramatic contraction of the money supply after a period of expansion. Although confidence was restored by the extension of credit by eastern clearing houses and the Treasury Department, the crisis foreshadowed the more serious panic of 1893. Lacey resigned to become president of a large national bank in Chicago that he had organized.