10th Comptroller of the Currency 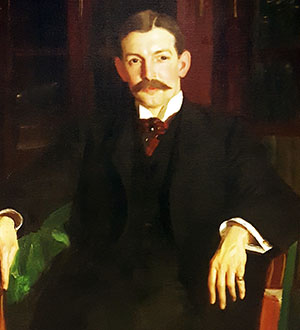 Appointed by President McKinley, Charles Dawes was, at 33, the youngest Comptroller of the Currency. During his term, the amount of capital required to charter a bank in a town with a population under 3,000 was reduced, which resulted in a dramatic increase in the number of small banks. During World War I, Dawes coordinated the procurement of supplies for the American Army in Europe. He later served as vice president of the United States, ambassador to Great Britain, and director of the Reconstruction Finance Corporation. In 1925, he was awarded the Nobel Peace Prize for the Dawes Loan Plan to Germany.