11th Comptroller of the Currency 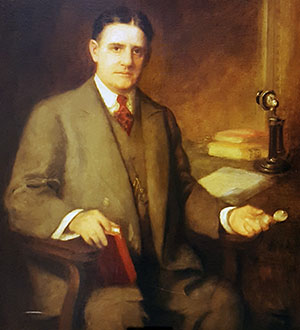 William B. Ridgely engaged in mining, manufacturing, and banking in Illinois before President Theodore Roosevelt named him Comptroller. During his term, Congress passed legislation extending the corporate existence of the national banks for the second time. Ridgely resigned as Comptroller to accept the presidency of a national bank in Missouri, which had failed the previous year and was reorganized under his leadership. In 1909 he returned to private business in the East.