28th Comptroller of the Currency 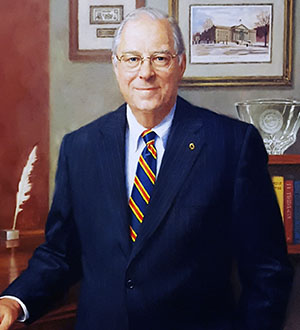 The Comptroller of the Currency is the Administrator of National Banks. The Office of the Comptroller (OCC) supervises about 2,200 federally chartered commercial banks and about 52 federal branches and agencies of foreign banks in the United States comprising more than half of the assets of the commercial banking system. The Comptroller also serves as a Director of the Federal Deposit Insurance Corporation, the Federal Financial Institutions Examination Council, and the Basel Committee on Banking Supervision.

Prior to his appointment as Comptroller, Mr. Hawke served for 3½ years as Under Secretary of the Treasury for Domestic Finance. In that capacity he oversaw the development of policy and legislation in the areas of financial institutions, debt management, and capital markets, and served as Chairman of the Advanced Counterfeit Deterrence Steering Committee and as a member of the board of the Securities Investor Protection Corporation. Before joining Treasury, Mr. Hawke was a Senior Partner at the Washington, D.C., law firm of Arnold & Porter, which he first joined as an associate in 1962. At Arnold & Porter he headed the Financial Institutions practice, and from 1987 to 1995 he served as Chairman of the firm. In 1975 he left the firm to serve as General Counsel to the Board of Governors of the Federal Reserve System, returning in 1978.

Mr. Hawke was graduated from Yale University in 1954 with a B.A. in English. From 1955 to 1957 he served on active duty with the U.S. Air Force. After graduating in 1960 from Columbia University School of Law, where he was Editor-in-Chief of the Columbia Law Review , Mr. Hawke was a law clerk for Judge E. Barrett Prettyman on the U.S. Court of Appeals for the District of Columbia Circuit. From 1961 to 1962 he served as counsel to the Select Subcommittee on Education in the House of Representatives.

In 1987 Mr. Hawke served as a member of a Committee of Inquiry appointed by the Chicago Mercantile Exchange to study the role of futures markets in connection with the stock market crash in October of that year.

Mr. Hawke has written extensively on matters relating to the regulation of financial institutions, and is the author of Commentaries on Banking Regulation, published in 1985. He was a founding member of the Shadow Financial Regulatory Committee, and served on the committee until joining Treasury in April 1995.

Born in New York City on June 26, 1933, Mr. Hawke resides in Washington, D.C. He was married in 1962 to the late Marie R. Hawke and has four adult children, Daniel, Caitlin, Anne, and Patrick, and two grandchildren, Spencer Patrick Hawke and Camerynn Marie Hawke.