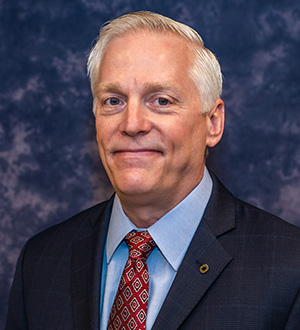 Joel Denkert is Deputy Comptroller for Midsize and Trust Bank Supervision at the Comptroller of the Currency (OCC).

Mr. Denkert's Midsize Bank Supervision portfolio includes a group of banks and thrifts with assets ranging from $15 billion to $100 billion national trust banks, as well as several nationally chartered institutions whose activities are limited to credit card lending. He assumed the Deputy Comptroller position in January 2021 and reports to the Senior Deputy Comptroller for Midsize and Community Bank Supervision.

Mr. Denkert became a commissioned National Bank Examiner in 1994 and achieved the Federal Thrift Regulator certification in 2013. In 1989, he graduated from the University of Nebraska-Lincoln with Bachelor of Science degrees in finance and economics.