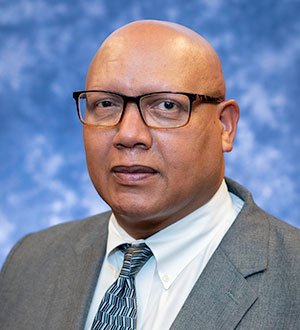 Larry L. Hattix serves as the Senior Deputy Comptroller for Enterprise Governance and Ombudsman at the Office of the Comptroller of the Currency (OCC).

He assumed this role in February 2013, and in this role he oversees the agency's enterprise governance function, the bank and savings association appeals program, and the customer assistance group. He is a member of the agency's Executive Committee.

Prior to this role, Mr. Hattix served as Ombudsman since January 2008. He previously served as Assistant Deputy Comptroller for the Cincinnati/Columbus Field Office since 2003, where he directly supervised 40 banks.

Mr. Hattix became a Specialist in Bank Information Systems in 1996, a BIS Lead Expert in July 2000, and was commissioned a National Bank Examiner in March 1994, with a specialty in Consumer and Community Reinvestment Act compliance.

Mr. Hattix joined the OCC in 1988 as an Assistant National Bank Examiner in the Deerfield, Illinois Duty Station, after graduating from Carroll College in Waukesha, Wisconsin, with a degree in business administration-finance.