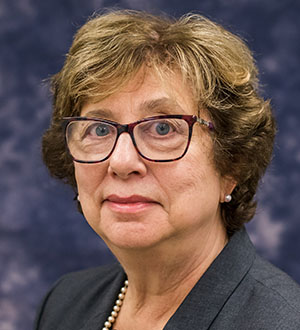 Maryann H. Kennedy is the Senior Deputy Comptroller for Large Bank Supervision at the Office of the Comptroller of the Currency (OCC).

In this position, Ms. Kennedy will direct nearly 800 men and women who supervise the country's largest national banks and federal branches and agencies, which hold more than $10 trillion in total consolidated assets. She also serves as a member of the agency's Executive Committee. She assumed these duties in April 2019.

Prior to this assignment, Ms. Kennedy served as a Deputy Comptroller for Large Bank Supervision.

She joined the OCC in 1991 in the Philadelphia field office after eight years in the banking industry. She earned her commission as a National Bank Examiner in 1997. As a field examiner, she worked in community, midsize, and large banks and has held a variety of management roles during her career at the OCC. She became the Assistant Deputy Comptroller (ADC) for the Wilkes-Barre field office in May 2000 and assumed additional responsibility for the Washington, D.C., office in May 2005. As the ADC in these offices, she managed more than 35 examiners with responsibility for a portfolio of 33 diverse community banks. She also served as the Examiner-in-Charge (EIC) at JPMorgan Chase and previously served as EIC at TD Bank, N.A.

Ms. Kennedy is a graduate of the Ohio State University.